Dark Corners Places, objects and ideas from the shadows 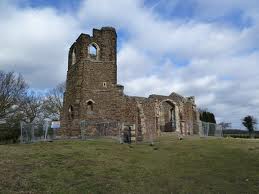 I grew up in Bedfordshire and have pretty much lived in the county all my life. During this time, one place has captured my imagination more than any other – Clophill. So much so that this village is the setting for the young adult novel I am currently writing.

Clophill is just off the A6, the Flying Horse pub on the corner marking the entrance to the village. The village is adjacent to a site called Dead Man’s Hill on the A6, and in a layby not far from the village was the spot of the notorious Hanratty murder.

This isn’t the only sinister connotation for Clophill though. Teenagers love to share ghost stories and go to supposedly haunted placed and I was no different. But one place was always mentioned in these tales, the old church at Clophill. There are so many rumours about this place, most are untrue and some are still unexplained.

The old church is completely hidden. It is at the top of a narrow path, just wide enough for one car, at the top of a hill on the Greensand Ridge. It’s easy to miss the entrance when you are either walking or driving – so you’re unlikely to find it unless someone shows you. It is rumoured that the village settlement was once at the top of the hill but after the Black Death the village settled downhill and eventually a new church was built. The old church was maintained for some time and was used as a mortuary chapel. But when it became too costly it was left to ruin gracefully.

The site has a long history dating back to at least 850AD when there was a leper colony. The first church appeared around 1100AD but it is likely there were places of worship at this site earlier than this and that sacrifices would have been carried out there.

There are a whole host of rumours – the church is the wrong way wrong and faces West not East and is therefore a satanic church. It is commonly said that the church is on Dead Man’s Hill but this is wrong – Dead Man’s Hill is further West. There is a gravestone that can predict the date of your death. The site is supposed to be haunted with people saying they have seen spirits at the top of the tower – where there is no floor.

These rumours must have gone into overdrive in the 60’s when graves were disturbed – bones were unearthed, and signs were left that indicated people had tried to carry out black magic rituals. As a result all the headstones were moved to the edge of the site which looks odd in itself. The site has since attracted gangs of teenagers, ghost hunters and on Halloween police used to have to visit to keep gangs away.

I have visited the site a couple of times and the atmosphere is creepy. It feels cold and there is a sense of evil. Of course, that is probably my overactive imagination and a result of me listening to the rumours over the years. Still most people think it has an unusual feeling. It doesn’t help that the site feels so isolated and cut off from the village. The old church is set to be redeveloped into a lodge for hikers and walkers of the Greensand Ridge. This is a very normal end to a site with such a  macabre history. I wouldn’t want to spend the night there… 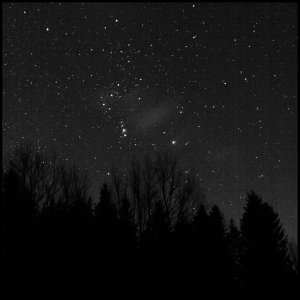 The UK has one of only four Dark Sky Parks worldwide. The Galloway Forest Park in Scotland spans 75,000 hectares and when  the sun sets it has the darkest skies in Europe.

There are over 7,000 stars visible and the Milky Way can be seen with the naked eye. It is also possible to see the Aurora Borealis.